A long time resident of our Bluffdale Community turned 105 years old this year. Fredrick Earl Webb celebrated his one hundred and fifth birthday on January 16th. As members of the Historical Committee, we had a chance to visit with Earl and learn a little about him, the early days of Bluffdale and some of the improvements the town made in the years he has lived here.

Earl told us of the things they used to do for entertainment as they grew up here. The ice on the canal in the winter made it possible to play hockey.  The town of Riverton had a Roller Skating Rink they would visit. There was dancing in Lehi and they spent their time listening to programs on the radio. “Amos and Andy” was one Earl remembers.

Earl met his wife, Norma Mousley on the school bus they would ride together to Jordan High School. The kids in this area went to elementary school and middle school in Riverton and then they went to Jordan High School in Sandy. As a student Earl drove the bus to and from school his senior year. Earl is pretty sure the district never heard about the time he drove the bus into the ditch on the side of the road in South Jordan. The bus tipped on its side and the students got out and helped push it upright, as Earl steered it back onto the road.

Norma’s family lived here in Bluffdale and that was one of the reasons Earl and Norma made their home here. Another reason, Bluffdale was a good place to farm, and that’s what Earl wanted to do.

Earl bought his home in Bluffdale when he was 19 years old. It was in the 1930’s, during the Great Depression. He bought his place from the government, a home and 14 acres for $1,900 dollars. He remembers making payments of $15.00 a month.

Earl not only irrigated his farm, but he also kept the only park in town at that time irrigated.

Earl also put the irrigation water to good use in the Bluffdale Cemetery. In the early days of Bluffdale the cemetery was unsightly, with big tumbleweeds and other grasses and weeds. Before Memorial Day each year, people would come and clean the graves of their loved ones. Earl’s family would take grass clippings and put on the graves they had cleared of weeds. One year, Earl in an effort to make improvements to the cemetery, took his tractor over and cleared the weeds. Earl planted grass, his kids raking in the grass seed and then Earl took care of it, irrigating it for years. He never got a penny for the work he did to care for the cemetery.

Earl mentioned the military presence in Bluffdale with Camp Williams just up the road. He told us of times before they had their big trucks, the farmers would rent their horses to the military who would use them to pull the big guns up to Camp Williams.

Earl told us of how the wind would blow here in Bluffdale. And the winters were hard. The winter of 1948, the wind drifted in the lane Earl lived on. He would have to park his car on Redwood Road and walk thru the drifts to get to his home. This continued until about April that year.

Earl went from listening to the radio, to watching TV. He had one of the first color TV’s in the town of Bluffdale. He enjoyed watching wrestling on that first color TV he purchased, and he still watches the wrestles now.

Thank you, Earl, for letting us visit with you and learn more about our community and thank you for all you have done for the town of Bluffdale.

Twelve long years after losing his wife, Norma, Earl passed away peacefully on February 13, 2022.  Earl was the longest living resident of  Bluffdale.

Bluffdale citizen, Jan Clark, loves parades and had planned to be in the Panguitch 24th of July parade as she has been so many times before with her classmates. With only six of her classmates able to be on their "Class of 52" float, and with Covid-19 concerns she had to give up going. She was pretty sad about it, as this was the last year they were planning to have a float. Her son, Morris, provided the train, her granddaughter, Jana, provided the crown, and the neighbors provided the cheering! Some of Jan's grand and great-grand children joined in the fun! We all love our mom, neighbor - Queen Grandma Jan Clark! 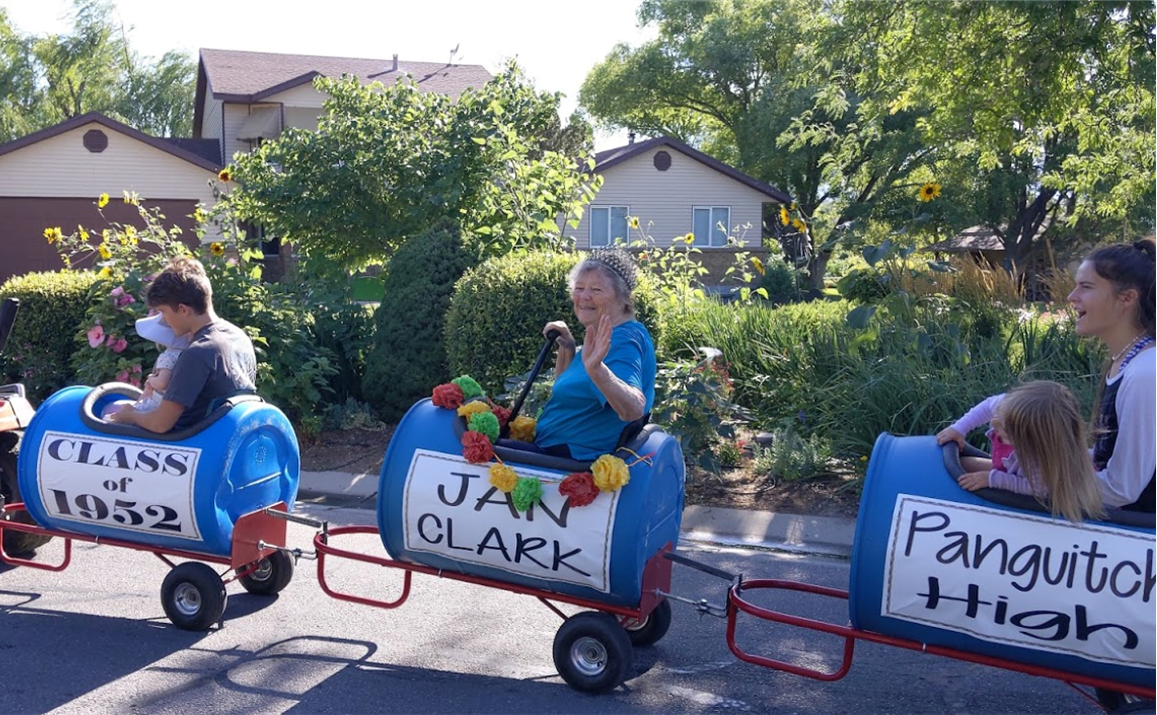 Denny, we thank you for all your participation in the city and wish you the best. 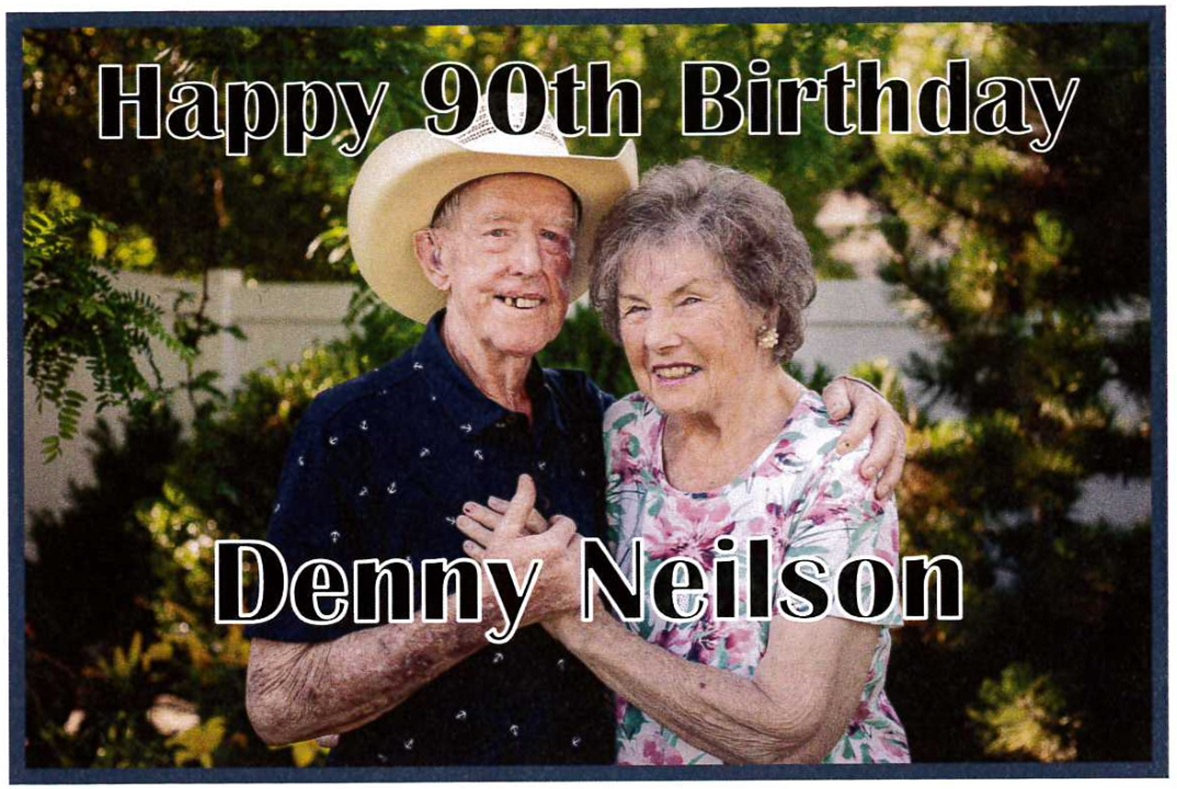