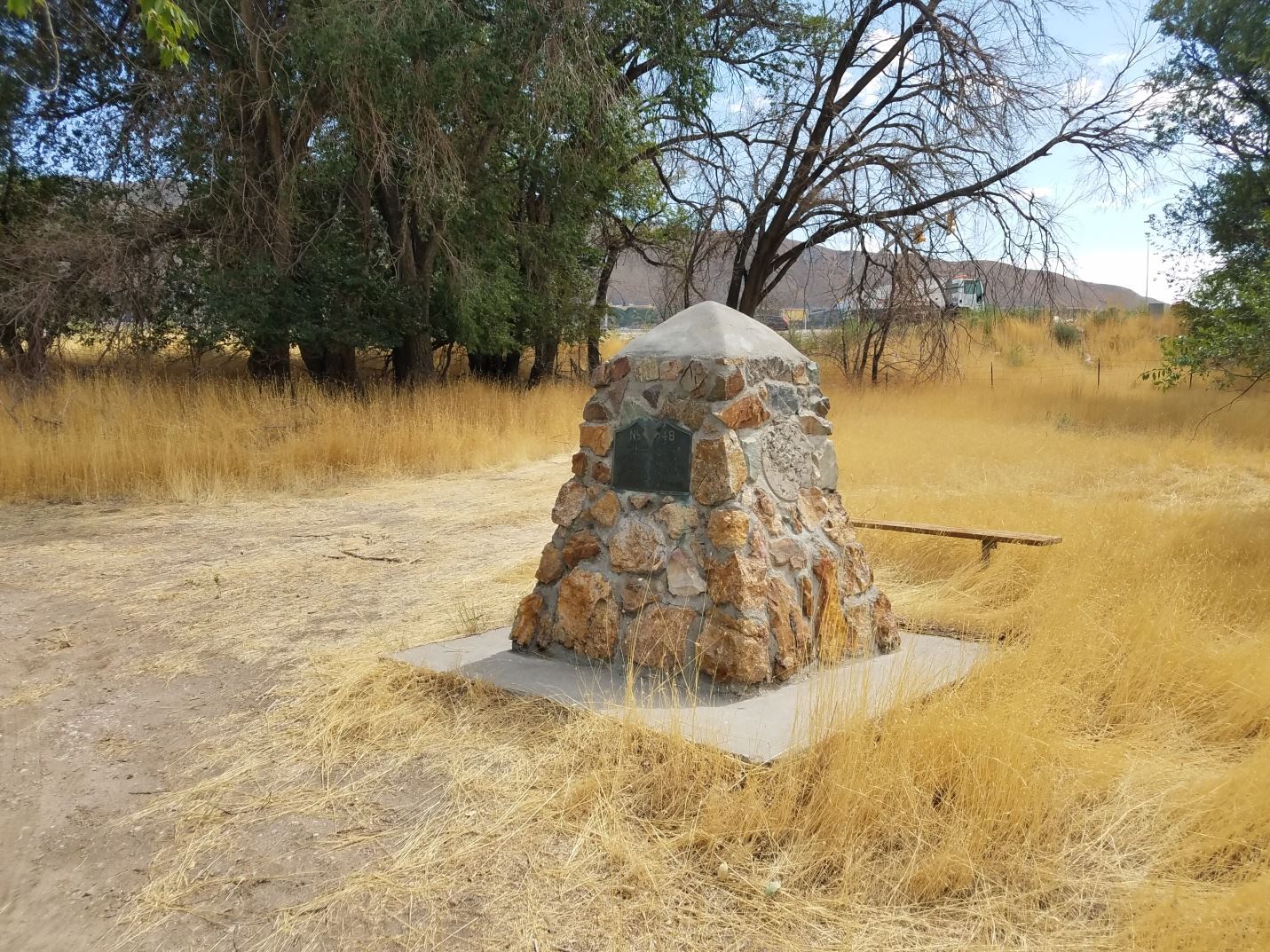 Bluffdale was once home to a renowned historical figure by the name of Orrin Porter Rockwell. Rockwell was a close friend and bodyguard of Joseph Smith Jr. and later became a bodyguard for Brigham Young. In July, 1858 Rockwell purchased sixteen acres of land near the hot springs at the Point of the Mountain for $500 and established the Hot Springs Brewery and Hotel. Rockwell’s property also served as a Pony Express station during the mail service’s 19-month lifetime. Rockwell Station was commemorated in 1934 when the Utah Pioneer Trails and Landmarks Association dedicated a monument to mark the station’s site. This monument included stones from the foundation of Rockwell’s stable. The monument has been moved at least twice as Bluffdale and the surrounding region have grown and is currently located at the northern corner of the intersection of Pony Express Road and 14600 South where it is not easily viewed. It will be relocated once again to the intersection of 14600 South and Porter Rockwell Boulevard; the original site of Rockwell’s historic Hot Springs Brewery and Hotel.

The City of Bluffdale is collaborating with the Sons of Utah Pioneers (SUP) organization who is trying to raise $5,000 for labor and materials to move the Rockwell Station monument. Any resident or business in Bluffdale interested in donating funds or volunteer efforts or who would like more information about the project may contact Caitlyn Miller at 801-254-2200 or cmiller@bluffdale.com.