Have you heard of Porter Rockwell?

They say he hunts for horse thieves

When the moon is shining bright.

So if you rustle cattle

I’ll tell you what to do;

Get the drop on Porter Rockwell

Or he’ll get the drop on you.

Orrin Porter Rockwell was born June 28, 1813 in Belchertown, Massachusetts. He was a close friend and bodyguard of Joseph Smith and was later a bodyguard for Brigham Young. He was a well-known and respected lawman who apprehended a number of criminals in the west. He died from heart failure on June 9, 1878 at the age of 64 years old.

"Orrin Porter Rockwell, as I knew him, was a diamond in the rough. It was great to know his inner self. His honest loyalty to church, country and friends was deep and lasting. He abhorred deceit and intrigue as did I. He knew the need and power of prayer, and did I. He was above average height, quick in movement, with strong arms and chest, and gray eyes - cool and searching. He was always well armed since his Nauvoo experiences, although the Prophet Joseph told him to wear his hair long and he would never be killed by an enemy." - George W. Bean's recollection of Orrin Porter Rockwell (Schindler, 1993) 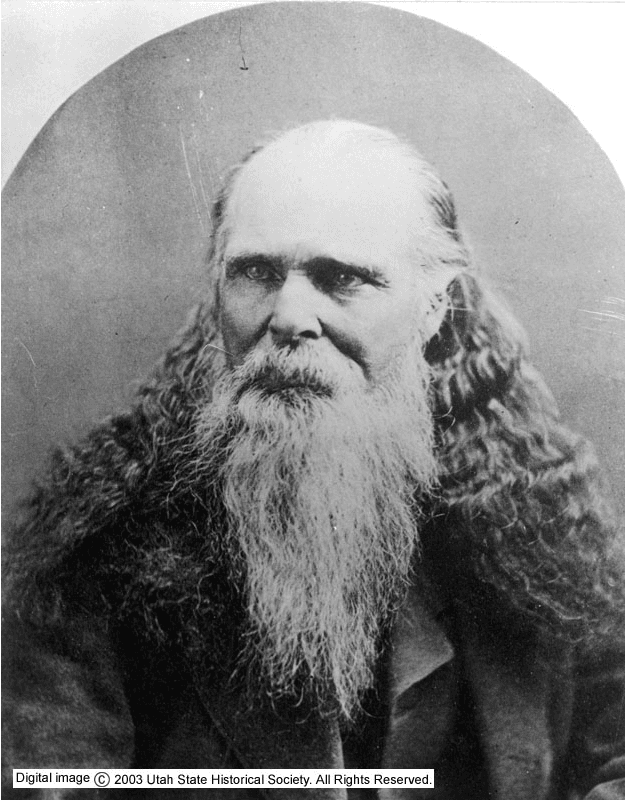 In Harold Schindler's biography, "Orrin Porter Rockwell", it states: On July 29, 1858, Orrin Porter Rockwell counted out $500 and purchased from Evan M. Green sixteen acres of real estate at Hot Springs near Point of the Mountain (on the road between Great Salt Lake City and Lehi). The trail was traveled by every city bound trooper in Johnston's Army. Mr Rockwell had it in mind to build a place where a man could buy a glass of home brewed beer, stable his animals, stay overnight, or just stop to pass the time of day. He called it the Hot Springs Brewery and Hotel. In it's prime this property included a hotel with dining facilities, stable, brewery and a Pony Express station. At the peak of business, the Hot Springs Brewery and Hotel claimed to produce 500 gallons (16 barrels) of "good lager beer" each day. 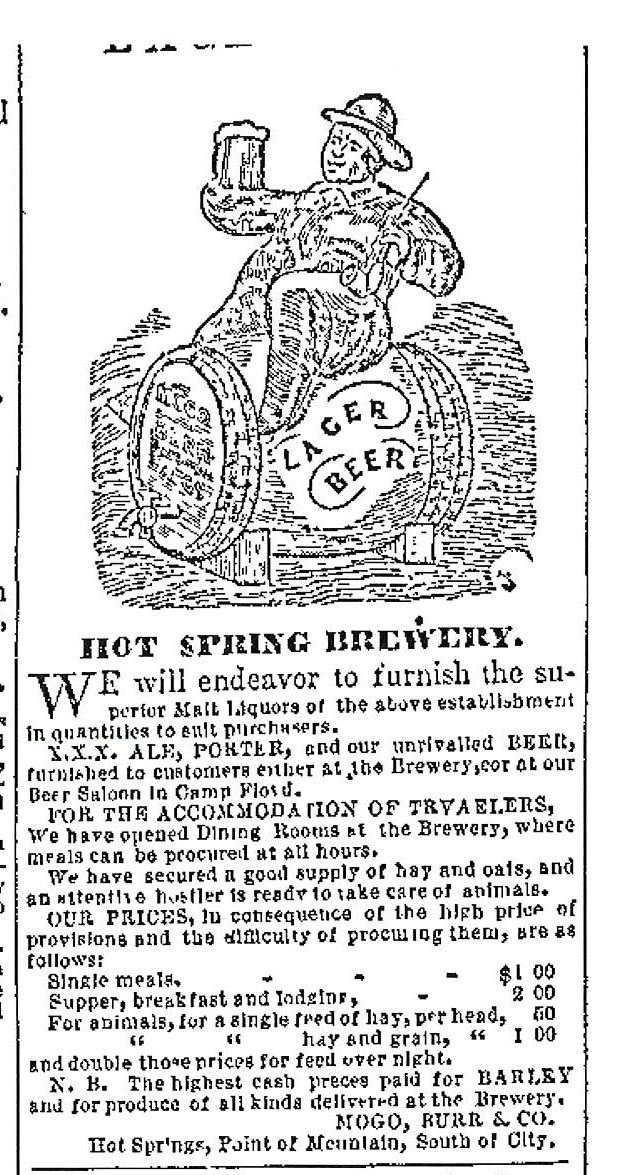 Advertisement for Hot Springs Brewery and Hotel, The Valley Tan, 1859-06-01 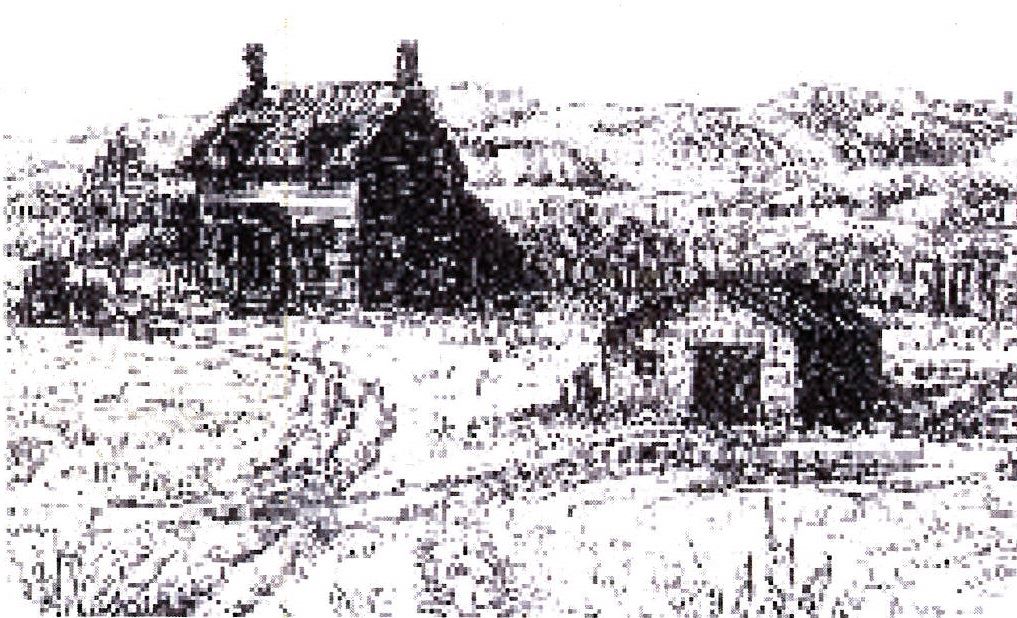 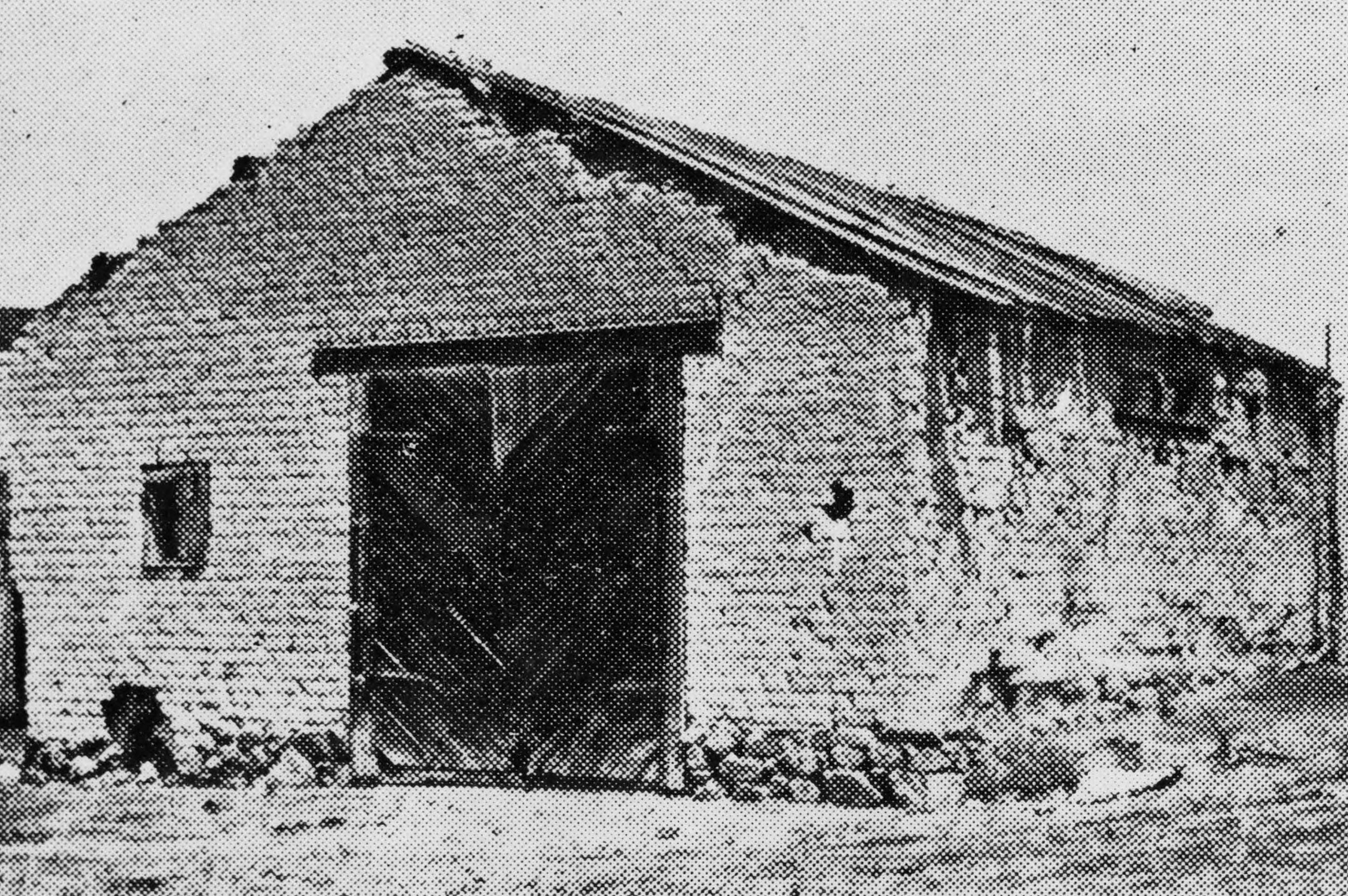 In October 1934 a monument was erected in Porter Rockwell's honor with plaques commemorating his Pony Express station and giving the general coordinates of the Hot Springs Brewery and Hotel. It was constructed using stones from the foundation of the stable at Rockwell Station. The monument has since been moved and is now located at the northwestern corner of the intersection of 14600 South/Highland Drive and Pony Express Road. 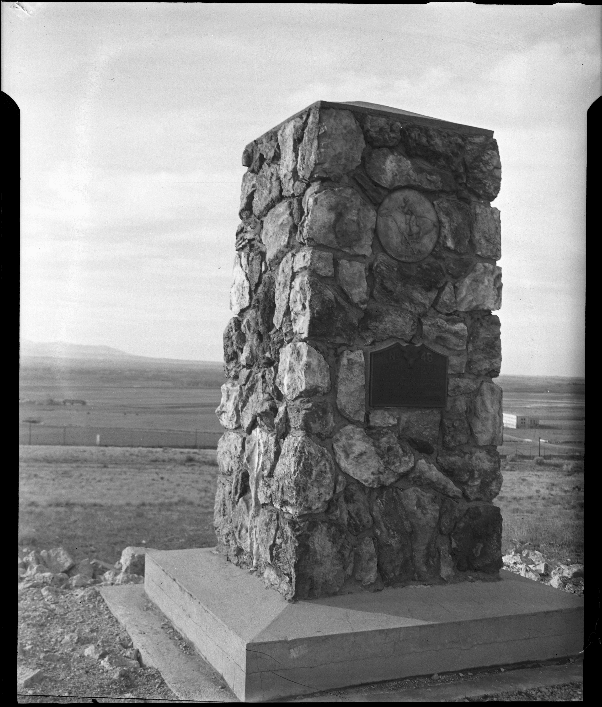